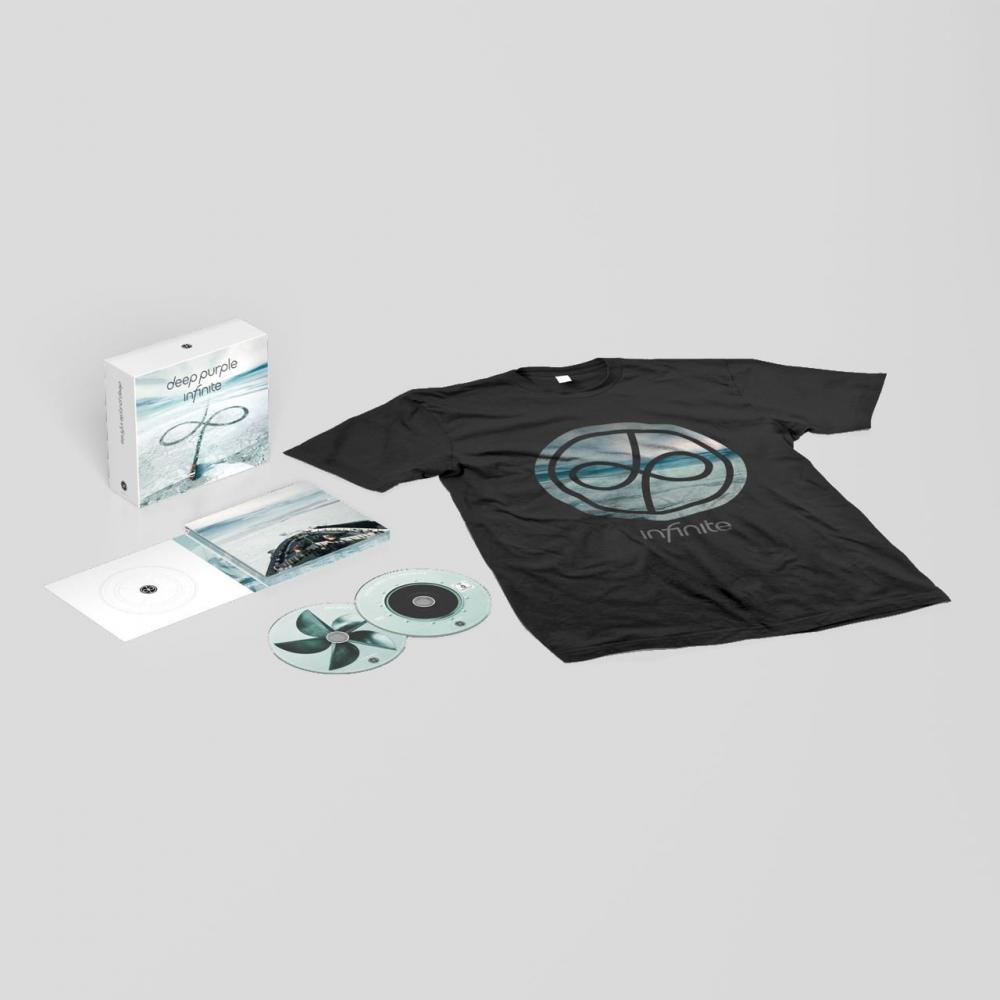 Please note that this boxset only comes with a large t-shirt. There are no other options for a t-shirt size with this box set.


This is the mini box set of Deep Purple’s “InFinite” album. It contains the CD+DVD digipak plus a T-shirt (size Large).