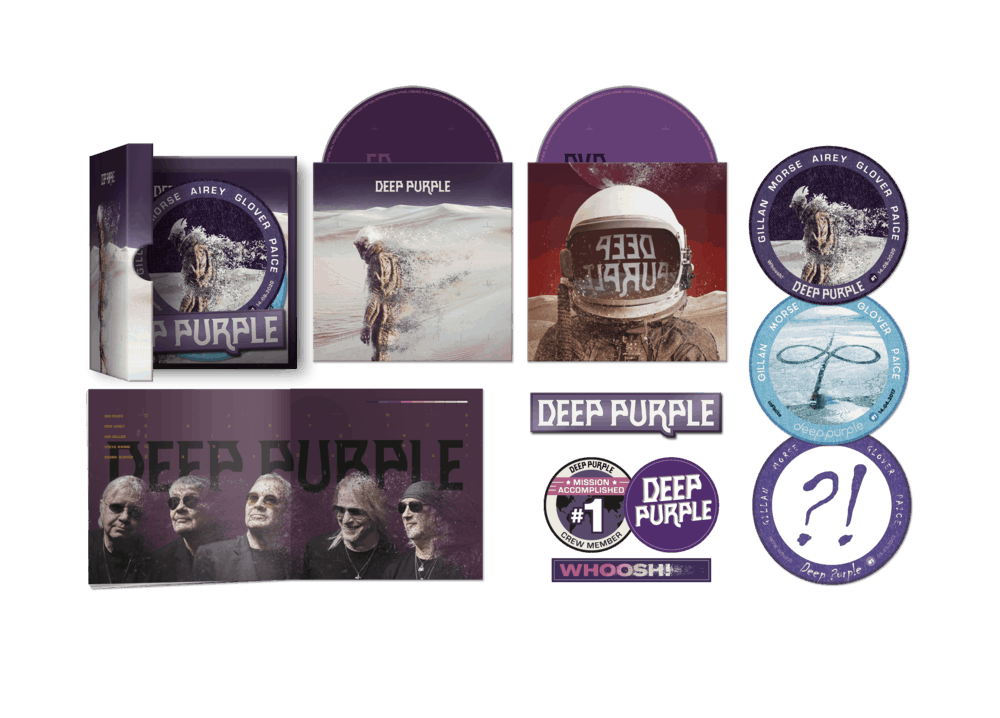 With “Whoosh!”, Deep Purple completes their hat trick at the top of the German Official Album charts as, for a successive third time, Deep Purple jump right to #1 , setting  a new record in their already impressive 50-year history.

In order to thank the fans, a very special deluxe edition will be released on November 13th. This new box contains 3 exclusive patches, 3 stickers as well as 1 magnet.